SINGERS AND WRITERS, MORE ALIKE THEN WE THINK 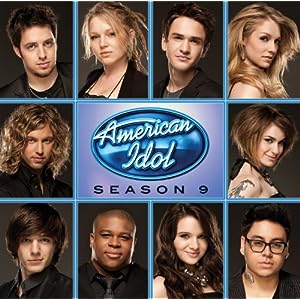 While listening to my AMERICAN IDOL SEASON 9 CD in my car, I realized something. A singer can be compared to A writer.

Season 9 of American Idol was my first experience watching the show I’d heard about yet had not seen. I think God had a part in me “just happening” to watch this particular season. After all, the winner was someone from the very town my husband works in. I was fortunate to see Lee at the concert he performed at Arlington Race Track, and not only see him but was able to get up close.

My favorite singers during the show were Lee, Alex, and Tim. Yeah, I know…Tim.

I felt a connection to the show and to those that participated, so when the CD came out, I purchased it. As I listed to the CD I began to realize that some of the people I liked the most, I was skipping over their songs, as well as some of the ones that didn’t really do anything for me, I couldn’t seem to get enough of.

That’s when I made the connection to writing. A good book is one that has a great storyline, AND written well. You can’t have one without the other…Well, actually you can. It just won’t be that good. And the same holds true for a singer. They can have a great voice and a great look but if they don’t pick the right song, it won’t make the charts.

But just like writing, it’s all subjective…on the most part. In the end, the ratings and sales will tell all.
Posted by Kym McNabney at 9:19 PM

Email ThisBlogThis!Share to TwitterShare to FacebookShare to Pinterest
Labels: MORE ALIKE THEN WE THINK, SINGERS AND WRITERS

Great post! I love the show and always look forward to a new season. My daughter and I went to the American Idol concert tour earlier this month and WOW...all of the singers were even better in person than on the show. We were very impressed and now hope to go to the live tour concert every year. In regards to writing, I have a blog post from January that I titled, What Writers can Learn from Watching American Idol. Lots of similarities...the biggest being realizing our dream.

Have a great weekend!

Thanks, Lynda. That's great you were able to see the concert. I would love to have done that, too. I sure hope to seem many of them come out with CD's.

Great post on your site about American Idol. Funny how once you become a writer, you look at things so differently.