I’d like to welcome author Eileen Hinkle Rife to my blog. 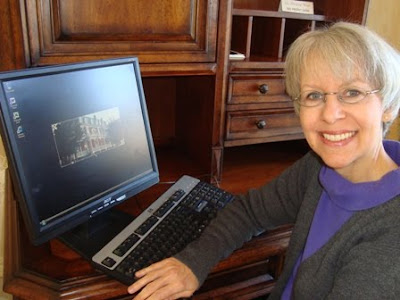 An alumna of Christian Writers Guild and member of American Christian Fiction Writers, Eileen has published several non-fiction books, written newsletters, a marriage column, and over ten church dramas. Her byline has appeared in magazines, such as Discipleship Journal, Marriage Partnership, Mature Living, Christian Home & School, Drama Ministry, and ParentLife, as well as other print and online publications. Her fiction works include Journey to Judah, Restored Hearts, and Chosen Ones in the Born for India trilogy, and a stand-alone novel, Second Chance. She and husband, Chuck, conduct marriage seminars in the States and overseas. Her favorite pastime in this season of life is dancing with hubby, spending time with her daughters and sons-in-law, and playing with her six grandchildren. 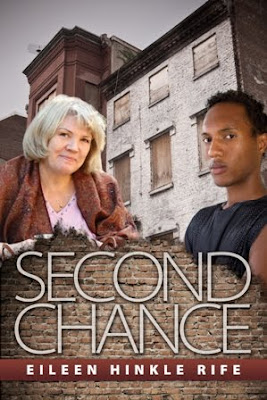 Mave Robertson, a recent empty nester, wants the fire back in her marriage, but her husband, Jerry, remains aloof. Is he having an affair? A midlife crisis? When a neighbor suggests she “get a life,” Mave accepts the challenge and volunteers at an inner-city teen ministry where she is thrown into a culture of drugs, gangs, and unwed teen moms. She soon discovers someone she can help, but might he also be the cure for both her stale marriage and her crumbling relationship with her father?

Dareece Jackson, a teen from the projects, wants something in Mave’s purse…and he’ll stop at nothing to get it.

“Gently unfolds the truth that sometimes, the best is yet to come, from unexpected people, and places, and hearts.”
—Sandra Byrd, author of To Die For: A Novel of Anne Boleyn

“Transcends race and reaches the extremes—from suburbia to the ghetto, from guilt over a loved one’s murder to a marriage gone dull. With a dash of humor for balance, Second Chance will speak to your heart, no matter your station in life.”
—April W. Gardner, author of the Creek Country Saga; Sr. Editor of the literary site, Clash of the Titles

“Refreshing and thought-provoking.”
—Jennifer Slattery of Novel Reviews and Clash of the Titles

“Transports readers into the worlds of two very diverse characters. With laughter, tears, and sighs, you’ll enjoy every turn of the page.”
—Fay Lamb, author of Because of Me, Treble Heart Books

“Lovingly crafted imagery and dialog will carry you into the lives of two very different families and show you what forgiveness really looks like.”
—Lisa Lickel, author of Meander Scar

Second Chance: A poignant story of middle age, surprising friendships, and unexpected places. Inspired by Eileen’s own journey through the empty nest and her daughter’s and son-in-law’s work with inner city teens.