GMC, A MUST READ 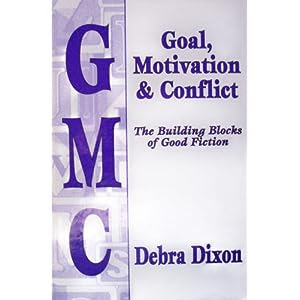 GMC is one of those books every writer should read. This book is well written, easy to understand and pleasing to the eyes. GMC teaches you what you need to know in order to write a good novel in simple terms with great visual examples so one can grasp the concept of what's needed to write a well written story. I highly recommend this book to all new aspiring authors, as well as those that can sense something is not quite working with their writing.
Posted by Kym McNabney at 3:09 PM No comments:

Email ThisBlogThis!Share to TwitterShare to FacebookShare to Pinterest
Labels: A MUST READ, GMC

WHEN I WAS IN PRISON, YOU VISITED ME 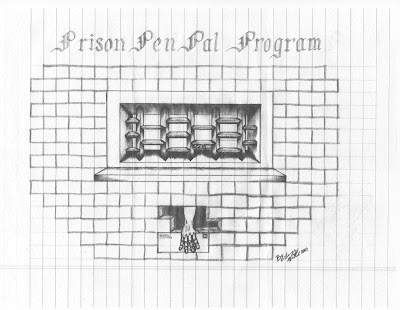 
I’ve been involved with the prison ministry since 2004. Since then I’ve written countless letters to inmates, visited jails and prisons for adults and youth, as well as answered many letters that have come into my church, Willow Creek.

Every time I’ve stepped through the gates of a prison or jail grounds I feel the presence of God. It’s hard to describe but at that moment I know I’m exactly where I’m suppose to be. When I see the many faces of the men or youth, it only reconfirms my feelings.

Those that are behind bars are lost, lonely, depressed, feel hopeless, and unloved. But as I stand in their presence and worship with them, or share in their celebrations and life the hope, and love of Jesus is tangible. I can feel it.

I could write a book about all the amazing experiences I’ve had through the prison ministry, there’s that many. That’s not to say there is never any heartache because with everything in life there is bound to be. But the good is always outshining the bad for me. That is what I focus on. I’m not about to let satan win at taking away the gift God has blessed me with, and the calling He has for my life.

This picture is one I had the privilege of receiving through Willow Creeks Community Church’s mail from a gentleman that is incarcerated. It nearly brought me to my knees.


“You can’t help everybody, but you can help a few. It’s that few that God will hold us accountable for.”
Bob Pierce


Hebrew 13:3 “Don’t forget about those in prison. Suffer with them as though you were there yourself. Share the sorrow of those being mistreated, as though you feel their pain in your own bodies.”


“Each of our acts makes a statement as to our purpose.”
Leo Buscaglia


“No man is so poor as to have nothing worth giving. Give what you have. To someone it may be better than you dare to think.”
Henry Wadsworth Longfellow
Posted by Kym McNabney at 11:49 AM 4 comments:

Email ThisBlogThis!Share to TwitterShare to FacebookShare to Pinterest
Labels: WHEM I WAS IN PRISON, YOU VISITED ME

First thing you should know about me it that I rarely watch TV. Several years ago I discovered that TV and children don’t mix. There was no way I could sit down to watch an hour, or even more daring, a two hour show/movie and expect to not be interrupted…often.

My computer I spend many hours at sits in the mist of my family room, right in the heart of my family’s actives, and TV watching. For whatever reason, someone had turned on AMERICAN IDOL one evening. At the time no one in our family had ever really watched it. It caught my attention and before I knew it…I was hooked! One of the hooks no doubt had been realizing one of the contestants is from the same town my husband works, less then an hour away from our home.

Now each week my IDOL partner, my youngest at seven years of age, and I sit down to watch IDOL together. The other two girls don’t seem to be into it as much as her and I. It’s now become our special time together. Funny how she is the one with a really great voice, always singing EVERYTHING. We talk about her one day being on IDOL.

Not a huge fan of TV, though I do pop in a good DVD/movie now and again while in bed, and after the kids are safely tucked away in their own. I had heard a little about AMERICAN IDOL, and from what I’d heard, I had no interest in ever watching it. From what I gathered, it was all about this guy Simon Cowell, demeaning others. Being rude, and unnecessarily mean. That is so not what I’d want to watch, and thus sending a message that it’s okay.

But what I’ve found is that the show can be very emotional, funny, heartwarming, and entertaining. I have come to learn that Simon, though many times could be more sensitive to how and what he says, is on the whole doing his “job”. And in reality, anyone auditioning should be fully aware of the hurtful things he may say, thus determine whether or not they are up for the challenge.

Another surprise was my view of Ellen DeGeneres. For whatever reason I have never liked her, and I can’t really tell you why other then she just rubbed me the wrong way. I’m also not really into talk shows. As each show ended, I realized I liked her more, and more. She’s truly funny, and sensitive, always careful to tell the truth, yet in a way that doesn’t seem to attack ones self such as Simon.

So we continue to watch AMERICAL IDOL, week after week and root for our “hometown” boy. I love to see each contestant’s growth, both personally and as an artist. What I’ve been reminded once again of is we shouldn’t judge someone until we really get to know who they are.
Posted by Kym McNabney at 12:24 PM 2 comments: