Each Christmas we have two traditions I’d started with my children. One of them is purchasing them an ornament for the tree each year. But this isn’t just any random ornament. No, it’s one specially picked out for each child for that particular year. Something that represents something they did that year, or liked.

Some years, the idea came quickly. They played a sport for the first time or started an instrument, started Brownies, like a certain famous person. Though at times it’s been challenging to find the right ornament when I knew exactly what I wanted, other times it was hard to think of something special, something that stood out for that year.

One year when my youngest daughter was very small, she copied EVERYTHING her sisters said and did. Not able to think of anything for her that year, I finally decided on the perfect ornament.

Another year I knew exactly what I wanted to get my girls but for the life of me couldn’t find it. That was the first year they were into Webkinz. I looked everywhere, including their site, willing to pay any price at that point. So after realizing it just wasn’t going to be, I decided to make them myself. That’s right, I took a picture of them, laminated them, punched a hole through the top and tied a ribbon on it and there you have it. A Webkinz ornament. And the best thing was it cost me nearly nothing, and I was able to put two of their favorites on it as well as their names and the year it was given like I always do.

Once the girls move out and establish a home of their own, their ornaments will go with them. Each year they have such fun unwrapping them, and remembering why they received that specific one before hanging it on the tree.

Callie, who plays drums in band and jazz band at school, and is really excelling in it received a drum set ornament. 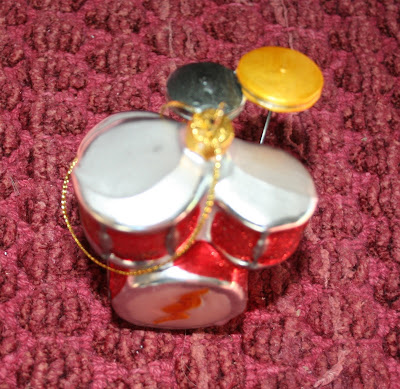 Bryanna, who adopted her very own dog, Hammie from Collie Rescue of Greater IL, received a dog ornament that looks a lot like him. I was astonished to find such a likeness. 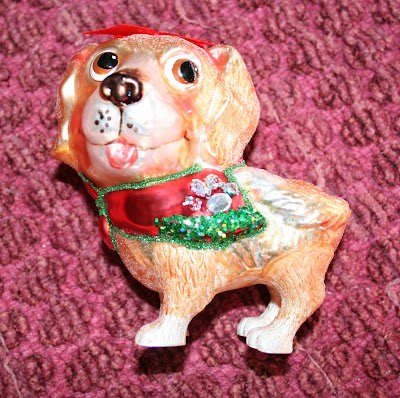 MacKenna, who discovered the Titanic this year, and was fascinated in watching clips of it on Youtube, received a ship that looks surprisingly like the Titanic. What a find that was. 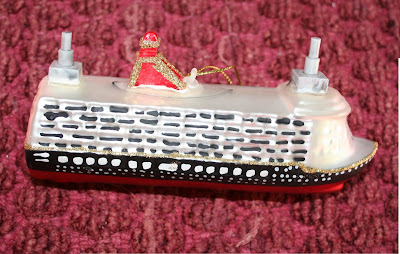 I must say God definitely had his hands in this year’s pick because they were quite the find.

So, what kind of traditions does your family have during the Christmas Season?
Posted by Kym McNabney at 4:06 PM 4 comments:

SO POWERFULL AND RIGHTFULLY SO


Something we all need reminding of now and again.

Thanks for the post, Mike. http://godsreflection.blogspot.com/
Posted by Kym McNabney at 10:04 PM 2 comments:

Email ThisBlogThis!Share to TwitterShare to FacebookShare to Pinterest
Labels: SO POWERFUL AND RIGHFULLY SO

MUSIC PENETRATES MY SOUL, WHAT ABOUT YOU?

Music penetrates my soul in ways nothing else does. I’ve often wondered why but after years of thought on the matter, I’ve discovered the truth.

I come from a line of musicians on my father’s side. Music has always been part of my life for as long as I can remember. My grandfather was in bands, and my father was a music teacher as well as had his own band. Growing up with a music room in our basement was as normal as having a bedroom and bathroom.

Not long ago, I started to make the connection between music, God and the Bible. Why should that surprise me, yet it was one of those “ah, ha” moments. God is so amazing, giving us such beauty through the things he created for us to see, why not the power of music that has the remarkable ability to evoke so many emotions deep within.

Music is there for me:

When I’m in a good mood.

Music has a way of making everything seem okay. Better. It lightens the burden when the burden is heavy. It allows me to cry when tears refused to let lose. It takes me to a faraway place that I desperately need to go. I connect with the lyrics on a level that deeply speaks to me, allowing me relief in a time of grief.

I enjoy a wide variety of music from county, to pop, to Christian, to… I’m not sure if there’s any genre that I don’t like at least one song and or artist.

It could be the melody, the rhythm, the beat or the lyrics that appeal to me. And other times it’s all of them combined in one.

I once met a woman who said she didn’t like music…What! How could one not like music? The variety is so vast I just can’t phantom someone not finding one genre, one artist, one song that would touch their soul.

Music makes me want to dance.

Music lightens the burden when I clean.

Music lifts my energy to exercise.

Music fills the silence of a long drive.


What does music mean to you?

Email ThisBlogThis!Share to TwitterShare to FacebookShare to Pinterest
Labels: MUSIC PENETRATES MY SOUL, WHAT ABOUT YOU?
Newer Posts Older Posts Home
Subscribe to: Posts (Atom)