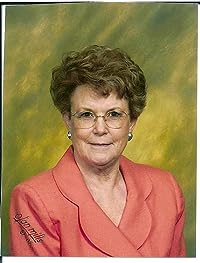 ADA (NICHOLSON) BROWNELL was born in Colorado's peach country, the youngest of eight. A retired reporter for The Pueblo Chieftain, she won the Colorado Psychiatric Society's 1998 media awareness award; nominated for the American Psychiatric Society's media writing award in 1995 and in 1996; nominated for the American Cancer Society's public health reporter award in 1994; Colorado Associated Press Editors and Reporters, first place, environment, 1994. She has sold 275 free lance pieces to 45 Christian publications. Author of Swallowed by Life: Mysteries of Death, Resurrection and the Eternal, released in 2011; and Confessions of a Pentecostal, 1978; and chapters in five other books, including 50 Tough Questions.

Swallowed by Life: Mysteries of Death, Resurrection and the Eternal

Do you know you are more than a physical body? An award-winning medical and religion writer, Ada Brownell—through her research after the death of her daughter—shows why we have hope for eternal life, not only from a Christian point of view, but because of physical evidence.


Of her 17 years as a journalist, the author spent seven on the medical beat at The Pueblo Chieftain in Colorado, reporting on discoveries about the human genome, neurology, mental illness, cancer, disease prevention, treatments, medications, and more. She also is a religion writer.


Where Can You Find Ada:


Her book: Swallowed by Life on Amazon at: http://amzn.to/Jnc1rW


Should Christians be involved in Politics?

My Christian education teacher is doing a series about Christians and politics, so I started thinking about my point of view.

Some Evangelicals question whether we should be involved. After all, our future lies in the hands of God, not a politician. Others jump in, believing God expects us to do what we can to improve our nation.

On the other hand, I don’t think Christians can avoid politics. If you vote, you’re political. No matter where we live, politics affects us.

Government touched Jesus, too. After an angel appeared to Joseph to tell him King Herod wanted to kill the baby, they escaped into Egypt. Herod killed so many babies trying to find The Christ women wept everywhere in Bethlehem and beyond (Matthew 2:18).

Yet, Jesus told his disciples not to rebel against government. On paying taxes, Jesus said, “Give unto Caesar what is Caesar’s, and to God what is God’s” (Mark 12:17).

Despite doing good and miracles, Christ’s life was at risk. He warned his disciples, “You will be handed over to be persecuted and put to death, and you will be hated by all nations because of me” (Matthew 24:9). One of the first of his associates to die was John the Baptist, beheaded for speaking against Herod Antipas’s adultery.

The Roman government, at the urging of religious leaders, finally arrested and killed Jesus. They tried to keep him in the tomb, but couldn’t.

Later, Jesus appeared in a vision to Saul, who persecuted the church in the name of the Sanhedrin, and held the killers’ coats. Saul repented and became the Apostle Paul.

Some people might question what Paul wrote after his conversion: “Everyone must submit to the governing authorities, for there is no authority except that which God has established. The authorities that exist have been established by God” (Romans 13:1).

By looking at what Jesus and others in the Bible said and did, I understand we are not to become violent in resisting government. At his trial Jesus said, “My kingdom is not of this world. If my kingdom were of this world, my servants would fight,” and he could have called 10,000 angels.

Yet, we have Moses who went head-to-head with Pharaoh. Then there was Joseph who interpreted Pharaoh’s dream and prevented widespread famine. Finally we have Paul standing in chains before King Agrippa, almost persuading him to be a Christian.

Followers of Jesus kept preaching that Jesus Christ had risen from the dead even though it was outlawed; kept healing the sick, and working miracles. They were jailed, but when they got out they continued to preach. All of Jesus’s 12 disciples but Judas and John were executed for preaching the gospel. John died imprisoned on Patmos. Judas committed suicide after he betrayed Jesus.

Even now, around the world Christians are killed by government every day. Death is not a worry for most U.S. Christians. The greatest risk is legislation incompatible with our beliefs. Like propaganda, it often contains some truth. A number are morality issues and others could envelop our society such as the “social justice” and “collective salvation” of liberation theology, where you redistribute wealth through the government. Jesus taught “individual justice,” “individual salvation,” and for Christians to “tithe; give to the poor and come, follow him,” (Matthew 19:21) instead of leaving charity to political parties to distribute. We’re also taught “if a man will not work, he shall not eat (2 Thessalonians 3:10).

Since the First Century Christians have fed the hungry, bound up the wounded and ill, cared for the homeless, widows and orphans without government help around the world— and they’re still doing it: Convoy of Hope, Operation Blessing, Samaritans Purse, multiple Catholic charities, the Salvation Army, Rescue Missions, and others.

Missionaries also hand out medical care, food, and give homes to orphans. A number combine ministry with AIDS education. Project Rescue and Homes of Hope work to rescue women and children from human-sex-slave trafficking.

Although we can do many things ourselves, we do need government to keep the peace and invoke common justice.

We’re told to pray for kings and those in authority that we might live a quiet and peaceable life in all godliness (1 Timothy 2:1-2) When I pray for elected officials and believe God answers, I’m involved in politics.