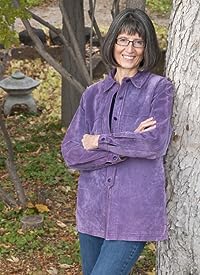 Though debut novelist Rebecca Carey Lyles grew up in Wyoming, she and her husband, Steve, currently live in the neighboring state of Idaho. She enjoys the creativity and beauty that abound throughout her adopted state as well as opportunities to hike, camp, snowshoe and cross-country ski in the midst of God’s grandeur. Currently, she’s putting the finishing touches on a Winds of Wyoming sequel titled Winds of Freedom.

Fresh out of a Pennsylvania penitentiary armed with a marketing degree, Kate Neilson heads to Wyoming anticipating an anonymous new beginning as a guest-ranch employee. A typical twenty-five-year-old woman might be looking to lasso a cowboy, but her only desire is to get on with life on the outside—despite her growing interest in the ranch owner. When she discovers a violent ex-lover followed her west, she fears the past she hoped to hide will trail as close as a shadow and imprison her once again.