I’m so excited! I have several stories I contributed to, STORIES OF FAITH AND COURAGE FROM PRISON, due out November, 9th, 2012. 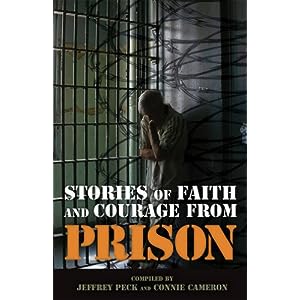 Here's what Amazon has to say about STORIES OF FAITH AND COURAGE FROM PRISON:

This inspirational book is a collection of true stories laid out in a daily format; one per day for 365 days. Each story will tell about a work of God in the lives of those who have experienced some aspect of prison. A single scripture verse will accompany each writing, pointing to the hope and truth found in God’s word


While incarcerated, many inmates spiritually hit bottom and come face-to-face with the choices they have made. Thankfully, God uses Christian volunteers, prison chaplains, family members, outside friends, Christian pen pals, and other inmates, to share His love and truth with the lost behind bars. Regardless of how they are offered hope, inmate’s testimonies, along with their daily walk challenges, are moving and inspirational.

You will read amazing stories including Brandon, a prisoner who had a prayer warrior mother, and was also visited by a Christian volunteer. Brandon came to Christ while incarcerated, and witnessed constant gang activity behind bars, including preying upon the youth on the outside. Since his release, Brandon often risks his life in his ministry of intervening in the lives of youth who are at risk to become involved in gang activity.

The battle for the souls of inmates is fierce. One female prisoner said, “When I first arrived at prison in 2002, Christianity was openly practiced and Satanic practices were underground. Now it is just the opposite.” This inspirational book will remind Christians of their admonishment by Jesus to visit the imprisoned, to pray for them, and to share the gospel with them (Matthew 25:36). These collective, true stories will especially touch those who are uncomfortable with prison ministry, helping them to develop compassion for the shunned souls of society.

Congrats on your stories! It looks like only a couple of weeks and the book will be out - bet you can't wait!