Have you ever watched a movie that changed your life?
Two come to mind when I think of that question. 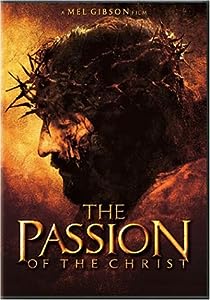 ﻿
The first is THE PASSION OF THE CHRIST. Up until then I hadn’t realized I was a visual person. To see what Jesus went through, broke me. Yeah, I had heard the story many times in my life, but to see it! It redefined what Jesus did for me.
The second thing I got out of the movie, was what Jesus’ mother, Mary, went through. Seeing her watch her innocent son tortured, made me realized there was NOTHING I’d go through that would come even close to what the mother of Jesus had to endure.

The second movie is actually a made for TV series, THE BIBLE. I have heard many times how Jesus used the broken, making them amazing disciples for God, creating history. Once again the written and spoken stories didn’t do justice to the TV series THE BIBLE.
My words in the past have been rather empty as I told inmates through the prison and jail ministry, that Jesus used the worst of the worst to do great things. That He had turned their lives around completely. Paul on THE BIBLE shunned Jesus, taunted Him and His disciples, hunted them down in an attempt to ruin them. Jesus took away Paul’s sight, causing him to hit rock bottom. Broke him. Jesus then gave Paul back his sight, and it was then that Paul could see - really see.  And once he did, he was a new man. A new man in Christ, that went on to do extraordinary things.
The visual was what did it for me, and for that, I will be forever grateful to both films.
There are three things in life that I feel to be very powerful in reaching others.
Music
Movies
And the written word
What a blessing God had given us.