MY MOST CONTREVESHAL BOOK REVIEW TO DATE 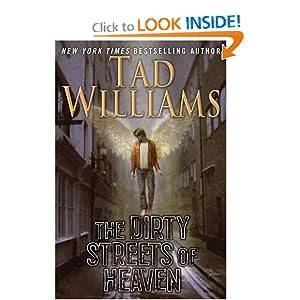 MY THOUGHTS ON REVIEWING

It’s not often I give a review as such, and in doing so I’m taking a risk. A risk because I often receive backlash from others on my Amazon reviews in the form of a comment. They don’t get the importance of good writing and an author’s voice, and for me, I can typically spot it in the first pages of a book. In most cases, that’s not going to change unless someone else wrote the first pages for the author. If anything, their writing will deteriorate from there, having given their full attention to the first pages to capture their readers and becoming laxed from there.


If the writing is just okay, I will give it a fair chance and read several chapters. But if the author isn’t handling the dialogue well, is telling instead of showing, and has flat, one dimensional characters, I’ll stop reading. Life is too short, and I have WAY too many books waiting to be read.

Only after years of writing, reading fiction, as well as non-fiction on the craft of writing, attending writing meetings, working with a writing mentor, etc, have I evolved to not completing a novel. In the past, when I was naive about what good writing embodies, I thought it was just me and my poor reading skills, that I was having such a hard time muddling through the story.

They say writing is subjective. What one may love, another may hate. Though I believe you need to follow the basic writing rules, the genre, storyline, and authors voice are subjective. But no matter, I believe in most cases, behind the words are hard working, dedicated, passionate writers. And for that, I watch MY words when writing a review.

The reason I chose to write a review for THE DIRTY STREETS OF HEAVEN is because I felt obligated to let potential readers know my thoughts, regardless of how many pages I read. The pages I read provoked me to speak out. I felt I was able to get a good sense of the writer’s voice and writing ability, therefore able to speak out as to my opinion on the matter. I also wanted to let reader that would be offended by profanity, know what they were in for.

I didn’t feel my review was negative or detrimental to the author, but the reverse. I believe it to be a positive. After all I expressed my opinion on how well I thought he wrote. It was the plot and the use of foul language that had me stopping, and those are issues that are subjective. I don’t believe my review will stop anyone that would enjoy Mr. Williams writing from purchasing his books. But what it might do is prevent bad reviews by stopping those that would feel the same as I, from wasting their money and feeling the need to post a negative review.

I hesitated in whether or not I should write a review for THE DIRTY STREETS OF HEAVEN by TAD WILLIAMS, after reading only a mere six pages. Typically I give a book, what I would consider a fair chance before stopping, by reading the first seventy or so pages. By page seventy there isn’t much hope for things to turn around. An author’s voice or writing style isn’t going to change at that point. Either you like it or you don’t. Like they say, writing is subjective.


I admit I’m a visual person, and thus I’m often either captivated or turned off by the cover of a book. The title is the next thing that will catch my eye. I don’t always read the synopsis, loving to be surprised, especially when it’s a book by one of my favorite authors. With a new author (new to me) I will often read the first page or two when provided to get a glimpse into their writing. I should probably also mention that I’m a Christian fiction writer and reader, though I do read some secular books.

With that said, here are my thoughts on THE DIRTY STREETS OF HEAVEN by TAD WILLIAMS:

Cons:
-Way too much foul language
-Not sure if I like where the storyline is going

The reason behind my stopping at page six was the foul language. I’m not so frail I can’t handle a little bad language, but when there are more then I can count on my hands in the first six pages, and what I consider the worst of words, I just can’t stomach it. With each foul word, I’m taken out of the story.

I could have not bothered to give a review at all, but that’s not me. What little I read, in my opinion, was good writing. For the author’s sake, I wanted to make that known. The other reason is to let those that would be offended by foul language, know that this would not be a book for them.

Bobby Dollar would like to know what he was like when he was alive, but too much of his time is spent working as an extremely minor functionary in the Heavenly Host as an afterlife investigator and advocate for the recently departed. And now he’s stepped into the middle of something that has both sides very nervous — an unprecedented number of missing souls.

A new chapter in the war between Heaven and Hell is about to open, and Bobby is right in the middle of it. Someone has summoned a truly unpleasant Babylonian demon that’s doing its best to track him down and rip him to pieces. His opposite number on the case is arguably the world’s sexiest she-devil, and Bobby has feelings for her that Heaven definitely does not allow. And somehow he has to find out who he was before he becomes an unwitting pawn in a game of power that could end in the destruction of the entire human race.

Three books are planned for Tad’s new fantasy-fueled thriller series: The Dirty Streets of Heaven (September 2012), Happy Hour in Hell, and Sleeping Late on Judgment Day. Each book will be somewhat shorter than Tad’s usual epic length fare, and although part of a series, each may be read as a stand-alone novel.