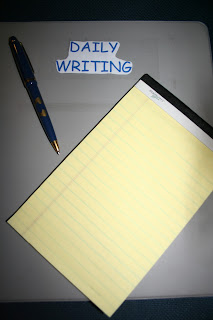 I recently ran into this issue of how honestly we critique ones work. For me, it’s a no-brainer. I really don’t know any other way to critique then to be honest in what I’ve learned over the years, and believe to make a story the best it can be. I wouldn’t be doing the other person any good, rather an injustice by not being completely honest. I wouldn’t expect anything less from others.

I’m not naïve enough to think that my word/edits/critiques are “law”, but there are several “rules/do’s and don’ts” of writing that are not based on ones opinion or writing being subjective. And those are the edits that one needs to pay close attention to.

I have found that if ones story is flooded with writing errors, their voice will be greatly compromised. This can be very discouraging, but if you learns from the critiques you receive, it will result in better writing in the future, thus your voice will rise up and become your own.

I believe it is vital to have a “second pair of eyes” that have never seen that particular work before. Those eyes can catch things we missed, and offer a fresh perspective on our work. One that will often separate good writing from amazing writing.

In order for a critique to really work, the person critiquing needs to be honest, yet with a gentle heart. Equally, the person having their work critiqued needs to receive it with an open and accepting mind. Don’t take it as a personal attack, but as a gift to better your writing.

Anyone who has been writing for some times knows that you need tough skin to write. Those without will never make it.

Keep in perspective there is a difference between mistakes that can be corrected once the rules are learned and mastered, vs not having a talent to tell a story. If you believe that God has called you to write, and it’s in your blood, don’t let satan win. Pull yourself up by the bootstraps and keep writing.