More in-depth descriptions of these books can be found on the ACFW Fiction Finder website.

Murder Tightly Knit (An Amish Village Mystery) by Vannetta Chapman -- As fall blankets the Pumpkinvine Trail with colorful leaves, a local Amish man is found dead on the path. For the federal investigator called in on the case, everyone is suspect. Even the Amish village knitting shop, The Cat's Meow, is implicated. Amber Bowman and Hannah Troyer know who isn't guilty-they know this community down to the last buggy, but can they find the guilty party before someone else is in danger? (Cozy Mystery from HarperCollins Christian Publishing [Thomas Nelson & Zondervan]) 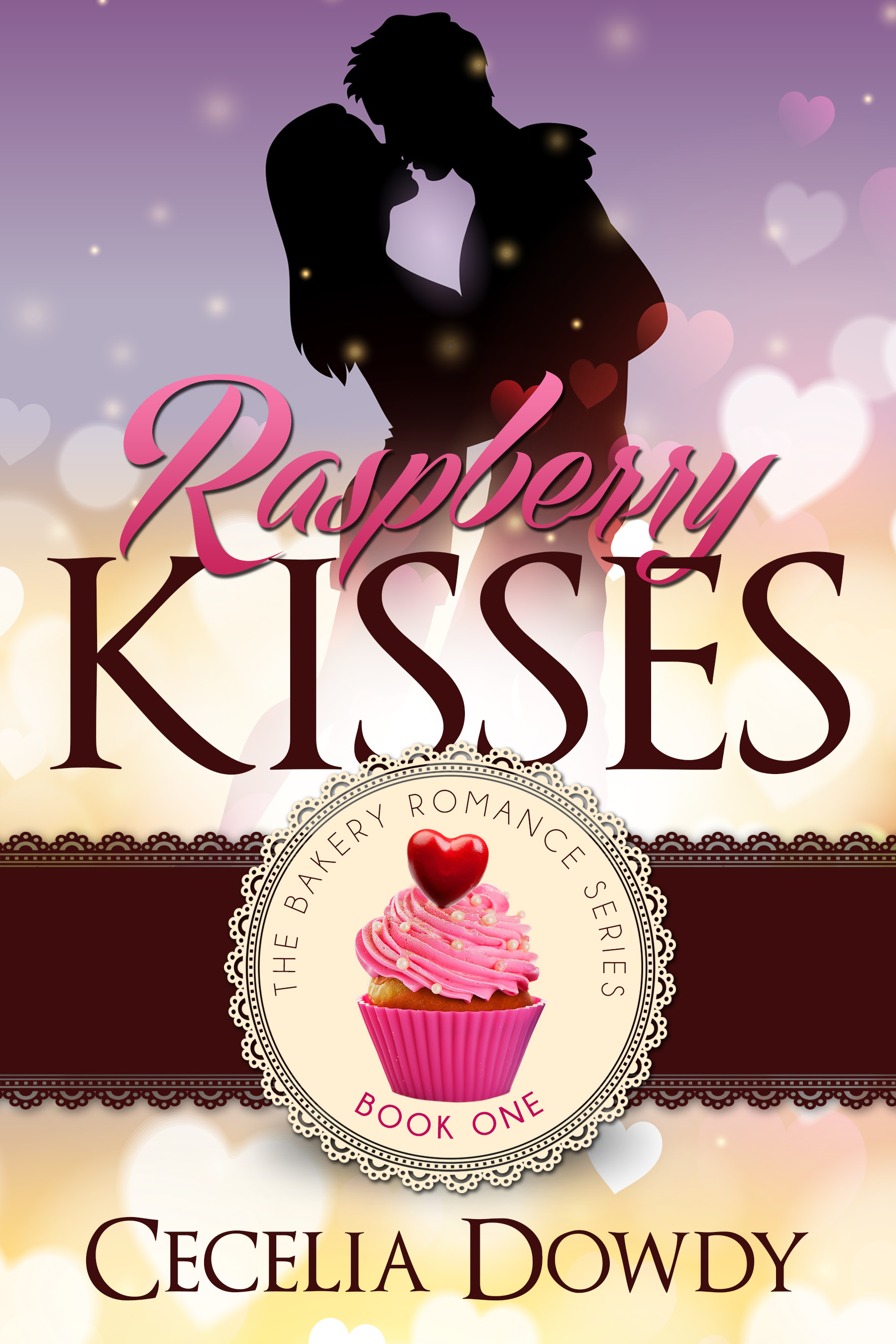 Raspberry Kisses by Cecelia Dowdy -- Facing eviction, pastor's widow Rhea Morrison must save her failing bakery. Her recently-injured twin sister, Raven, loans her money on one condition. Rhea must attend a singles retreat to spy on Martin Lane, Raven's new love interest. Disgruntled, Rhea attends the retreat and is attracted to Martin. When he, a former successful bakery owner, formulates a plan to save her business, will she be forced to choose between her twin sister's love and a second chance at romance? (Contemporary Romance, Independently Published) 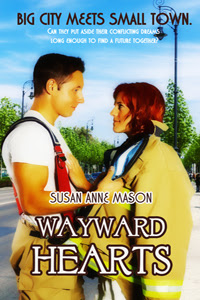 Wayward Hearts by Susan Anne Mason -- Hairstylist Maxi North is thriving in one of Manhattan's classiest salons. But her father's death puts her plans on hold while she travels home to face her past. There, she is forced to confront unrequited feelings for her former best friend, Jason Hanley, as well as her deeply buried guilt over her younger brother's death. When his friend, Maxi North, and her mother almost perish in a fire, firefighter-in-training Jason Hanley becomes involved in helping them re-build their farmhouse. Can he and Maxi ever put aside their differences to find a future together?  (Contemporary Romance from White Rose Publishing [Pelican]) 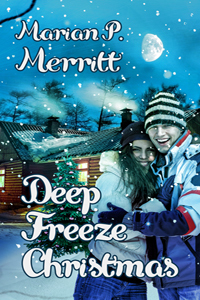 Deep Freeze Christmas by Marian P. Merritt -- Louisiana Chef Leona Buquet agrees to cook at a Colorado mountain lodge during the Christmas holiday, never expecting to be taken by the friendly and good-looking son of a movie producer. Trouble is, with glamorous actresses clamoring for his attention, why would he even notice Leona? Cameron Fleming struggles with a career he hates in order to please his famous father. Then he meets Leona and determines to get to know her. That is hard to do while dodging starlets...and the woman he wants is avoiding him. Can love sizzle, along with the Cajun dishes, in subzero temperatures? (Contemporary Romance from White Rose Publishing [Pelican]) 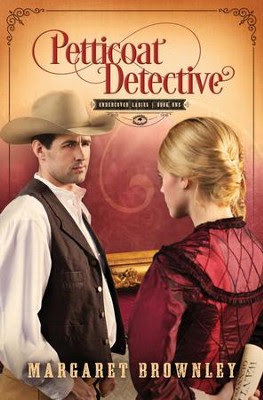 Petticoat Detective (Undercover Ladies) by Margaret Brownley -- On the trail of the Gunnysack Bandit, Pinkerton Detective Jennifer Layne poses as a lady companion named Amy at Miss Lillian's Parlor House and Boots in Goodman, Kansas. Former Texas Ranger Tom Colton has every reason to distrust the green-eyed beauty at Miss Lillian's who calls herself Amy. Determined to clear his brother's name, he's convinced she knows more than she lets on, and he means to find out what it is. As Amy's investigation continues, her biggest problem is Tom and his stolen kiss. The closer she gets to nabbing the outlaw, the harder it is to keep Tom from finding out the awful truth about his brother. The Gunnysack Bandit she can handle, but it'll take a whole lot of faith and a little help from Miss Lillian and her girls to snag the man who stole her heart. (Historical Romance from Barbour Publishing) 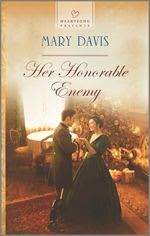 Her Honorable Enemy by Mary Davis -- For Charles Young, All's fair in love and war. The British soldier scorns the trappings of society life-including a society wife. So a posting in the remote San Juan Islands is perfect for him. But when an American girl crosses enemy lines, she turns his structured world upside down. As smart as she is fetching, Rachel Thompson's only experience with romance is the books she devours. But her father is determined that his spirited daughter make a suitable match. And a British officer could never be suitable. Can this real-life Romeo and Juliet triumph over the odds...or will their romance trigger the unthinkable-war? (Historical Romance from Heartsong Presents [Harlequin])

Love Unexpected (Beacons of Hope) by Jody Hedlund -- Stranded at Presque Isle port after her steamboat sank, Emma Chambers can't find work or even a place to stay. When a widowed lighthouse keeper and his young son arrive in town, a traveling preacher believes they might be the answer to each others' problems. After a hasty marriage, Emma is headed back to the lighthouse with this handsome but quiet stranger. Struggling with her new tasks of motherhood and domesticity at every turn, Emma also suspects Patrick may be keeping something hidden from her. In town she hears whispers about strange circumstances surrounding his previous wife's death, and it seems as though Emma's answered prayer for a home and family may actually be something much more dangerous. (Historical Romance from Bethany House [Baker Publishing])

A Most Inconvenient Marriage by Regina Jennings -- Having fled a difficult home life, Civil War nurse Abigail Stuart feels like her only friend in the world is sweet but gravely wounded patient Jeremiah Calhoun. Left with few options and fearing he won't survive, Abigail agrees to marry the dying Confederate soldier, then look after his sickly sister and take ownership of his farm back home. Just when his sister learns to accept her, the real Jeremiah Calhoun appears, puzzled to find a confounding woman posing as his wife. Jeremiah is determined to have his pre-war life back, but his own wounds limit what he can do on his own. Not fully convinced Abigail isn't duping him, he's forced to let the woman stay and help him--not admitting to himself she may provide the healing his family needs. (Historical Romance from Bethany House [Baker Publishing]) 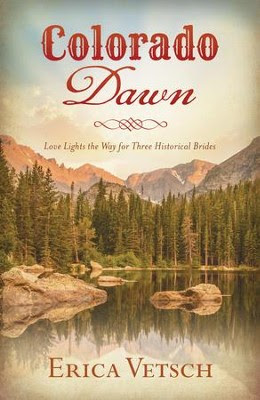 Colorado Dawn by Erica Vetsch -- Watch as God lights the way of love, despite the resolve of three Colorado men. A collapsing mine shaft made David Mackenzie blind and bitter, but Karen Worth will not give up on her unconditional love for him. Disillusioned by love, Sam Mackenzie reluctantly escorts a jobless and homeless Eldora Carter plus three orphans cross country. And just when that challenge seems too overwhelming, an avalanche descends. . . . Pastor Silas Hamilton falls for Willow Starr, an actress bound for New York City. But he's fairly sure the love between a pastor and an actress could never survive. . .could it? (Historical Romance from Barbour Publishing)

Masterpiece Marriage by Gina Welborn -- After a flood damages the looms at Zenus Dane's Philadelphia textile mill and the bank demands loan payment, Zenus turns to his aunt for help repurposing his textiles. Trouble is . . . his aunt has already been hired by the lovely yet secretive Englishwoman Mary Varrs. Eager to acquire his aunt's quilt patterns, Zenus attends the summer Quilting Bee, a social event his aunt has uniquely designed with the secret purpose of finding Zenus a wife. However Zenus only has eyes for Mary, but Mary has no such desire for him. Can he realize that love requires stepping out of his routine? And will she recognize that following her heart doesn't mean sacrificing her ambition? (Historical Romance from Abingdon Press) 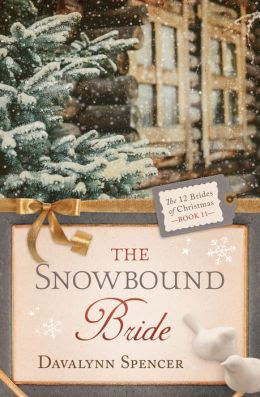 The Snowbound Bride by Davalynn Spencer -- On the run from a heartless uncle, Arabella Taube hides in Nate Horne's farm wagon just as a harsh winter storm sweeps into Colorado. Despite Ara's mysterious background, Nate's mother thinks she is the answer to a prayer and the hope for his future. (Historical Romance from Barbour Publishing)

Embers of Courage by Diane and David Munson -- ICE Special Agent Eva Montanna discovers the world is ablaze with danger when militants capture her task force teammate, NCIS Special Agent Raj Pentu, during a CIA operation in Egypt. She risks her life to defeat tyrants oppressing Christians, and is plunged into a daring rescue mission. Eva's faith is tested like never before as mysterious ashes, her ancient family Bible, and fifteenth century religious persecution collide with modern-day courage under fire. (Historical Suspense, Independently Published) 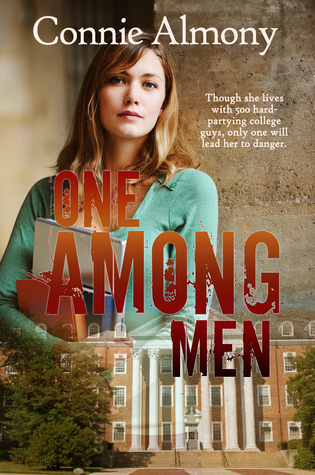 One Among Men by Connie Almony -- Samantha Hart is looking for purpose, like her missionary best friend, but is forced to take a job as a resident director of the all-male party dorm at the major state university where her prodigal past haunts her. Chris Johnson, a rock guitarist, has come back to school as a music major, and finds himself in a business relationship with the ruthless supplier of an on-campus drug ring. He's intrigued by the lady RD, while learning more about his musical gift and the God who gave it to him. Can he manage his two worlds without risking Samantha's life? (Romantic Suspense, Independently Published) 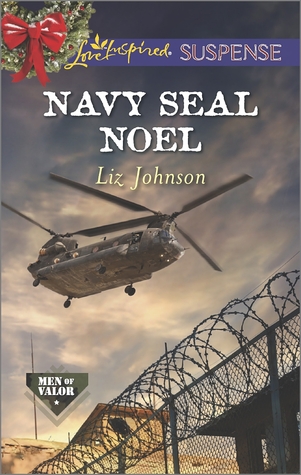 Navy SEAL Noel by Liz Johnson -- Abducted by a drug cartel, scientist Jessalynn McCoy's orders are simple-produce a deadly toxin, or be killed. She's desperate for help...she just never expected it from Will Gumble. The boy who let her down years ago is now a navy SEAL. She trusts his skills, his experience. Trusting the man is a different matter. Will's Christmas wish is to heal their damaged relationship and get them to safety. But time is running out and the stakes keep rising. Any mistake could mean the difference between facing the holidays together or apart forever. (Romantic Suspense from Love Inspired [Harlequin]) Love Defined (Remnants) by Elizabeth Maddrey -- July (pronounced "Julie") and Gareth have reached the end of their infertility treatment options. With conflicting feelings on adoption, they struggle to discover common ground in their marriage. Meanwhile, July's twin sister, June, and her husband, Toby, are navigating the uncertainties of adoption and the challenges of new parenthood. How much stretching can their relationships endure before they snap? (Women's Fiction from HopeSprings Books)